If you know her, you know she’s not safe for work! I’ve talked before about my inner circle – it’s very small and at the very centre of it is Sady (Sadystika)…or as I call her Sadybutt. So, when I heard that Phedora were releasing a set including panties called Sadystika it was my first thought…I get to have Sadybutt! Well actually it was my second thought…the first thought was making a joke about exactly what sadistic knickers would do to you when you least expected it. Suggestions for the latter were quite shocking but probably have already been invented somewhere in SL! This post brings together two of my closest inner circle, because not only is Sady covering my arse but my friend Tracy, of GingerFish Poses is also featured.  GingerFish has released the Red Light Queen pose scene prop at eBento event. 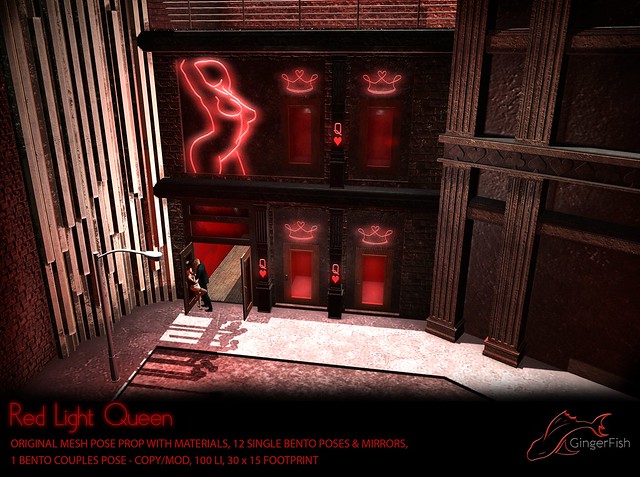 It’s a 100% original mesh design with multipose singles and a couples animation. All the poses have mirror versions and also comes with a pose stand so you can use the poses on it’s own without the prop if you wish to do so.

One thought on “My Sadybutt is NSFW”